Johnson B, a Cameron government might be incompetent too . . . 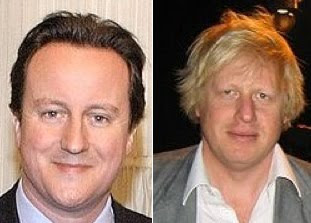 Whooopsidaisy!
Johnson B is lurching, listing perhaps, and having to go back on some of the sillier things he promised to do:
I think he has "lost" 3 deputy mayors so far . . ?
But then, some Tories, in common with the rest of us, predicted something of the sort:
"On 1 May 2008 in the Daily Telegraph, the Conservative journalist Simon Heffer found Johnson an unsuitable proposition as Mayor.
"Mr Johnson is not a politician. He is an act", Heffer wrote.
"He criticised Johnson's scattergun attitude to everything he does and "the charm of doing nothing properly".
"Another conservative journalist, Peregrine Worsthorne on The First Post website, was similarly dismissive. "He also thought Johnson could not be serious about anything and Worsthorne was gloomy about Johnson's potential impact on the Cameron project;
"Should he actually win, the Tory party could be in serious trouble", because of the implication that a Cameron government might be incompetent too." say wiseacre veterans of the Thatcher years.
These Bullingdons!
Oh dear, never mind . . .
Posted by Quietzapple at 10:49 am