Sir Iain Dale has taken a holiday from blogging . . .

. . and this got lost when he packed: (PS Mixed in with his Captain's titfer it seems, he found it eventually) http://iaindale.blogspot.com/2009/08/alan-sugar-tries-to-bully-quentin-letts.html#links

I know someone with a functioning Amstrad, and there seem to be Amstrad and other old computer societies still in operation - check online.

In the days when Apple in Regents St used to permit people to queue outside with their faulty Apples before opening there were usually quite a few old Macs, certainly a few 20 years or so old.

Some people look after things. Not so the media.

Letts is an habitual liar, he might better get away with it online, where the writ of the libel and slander etc laws runs less true:

No-one seems fussed whether or not statements are true, so long as they serve some propagandist's intentions.

In truth our society is still more threatened by the failure of the 24/7 News Community (LOL) - or perhaps disinterest - to distinguish between fact and opinion.

He may be a secret Amstrad fancier 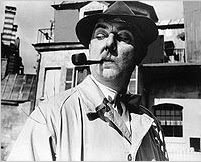 Posted by Quietzapple at 3:36 pm